The Ancient Laws of Bhutan

In 1616, the modern founder of Bhutan, Zhabdrung Ngawang Namgyel arrived from Tibet in Bhutan as prophesized by Guru Padmasambhava or Guru Rinpoche. Zhabdrung unified Bhutan under one governmental system. 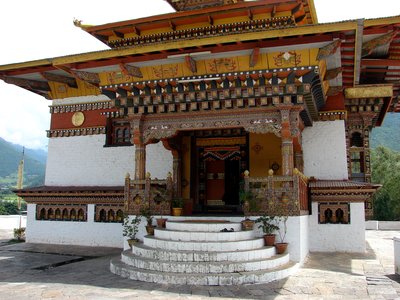 According to history, Zhabdrung ordered his architect, Zowe Palep, to sleep in front of a statue of the Buddha at Dzong Chu. From the architect's dream and vision the design for the new and much larger Punakha Dzong came forth. In 1637, the important Punakha Dzong (fort) was built. 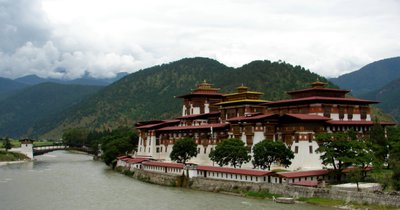 Zhabdrung ruled Bhutan for about 35 years. During his rule he established a dual system of government known as Chhosi Nyidhen that was created during his important cloistering and retreat in 1651 at the Punakha Dzong. The dual government system included joint rule by a temporal leader and a Manyahana Buddhist religious leader. Punakha Dzong, due to being in a warmer climate, is still used as the winter resort of the Zhung Dratshang or Central Monk Body and the Je Khenpo or chief monk. Zhabdrung's body is still preserved at the Punakha Dzong.

One important element of Zhabdrung's legacy is the creation and establishment of Bhutan's first legal code. This first legal code, also known as "The Golden Yoke of Legal Edicts" was crafted to prescribe proper conduct by state authorities. No known paper copy (is yet) available of this legal code. However, between Dzong Chu and Punakha Dzongs stands a small house of worship. Etched in large black slates is the only known copy of Zhabdrung's original legal code. 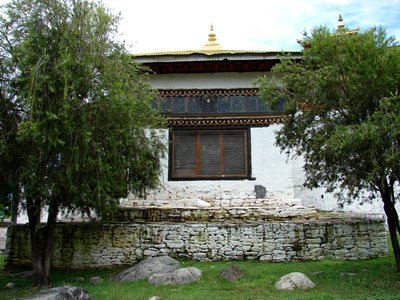 A subsequent update of Bhutan's original legal code known as "The Pure Mirror of the Two-Fold System" referring to religious and temporal law is mentioned in a 1720 text but so far no known copy has been found. A third version and expanded legal code created by the 10th Druk Desi (Regent)--Mipham Wangpo is preserved in an appendix to a 1759 text on the history of Bhutan by the 10th Desi Tenzin Chogyal.