Much to my surprise, I received an invitation from the Royal Government of Bhutan to observe in a distinguished visitor's enclosure at Changlimthang National Stadium in Thimphu--Bhutan's National Day celebration on December 17, 2009. The National Day celebration is an annual event that observes the establishment of the hereditary Wangchuck monarchy that was established on December 17, 1907.

Seating for this important Bhutanese state event was threefold. Many citizens and visitors were seated in the Changlimthang Stadium's large arena seating area. There were also two distinguished visitor enclosures on the grass field of which I sat in one. In my enclosure were a number of high ranking Bhutanese military officers and government officials. Finally, the royal family and important governmental members such as ministers and members of parliament and their families sat in a separate review stand.

The ceremony included the arrival of His Majesty the King in an impressive Chhipdrel Procession with Royal Guards. This was followed by a Bhutanese flag hoisting by the Guard of Honour. 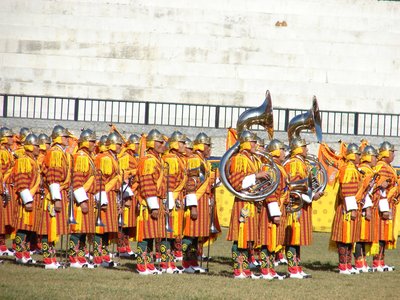 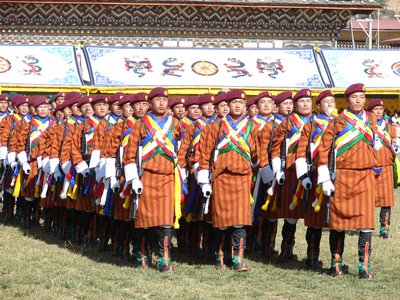 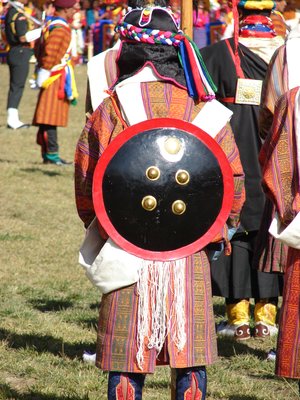 Then His Majesty addressed the nation, which included awarding honors and medals to several citizens. Finally, a traditional dance and cultural celebration occurred. 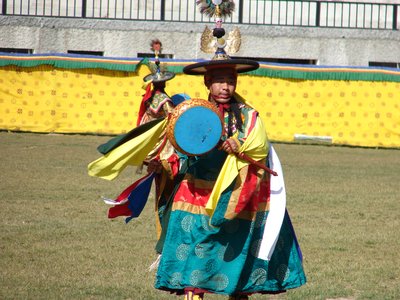 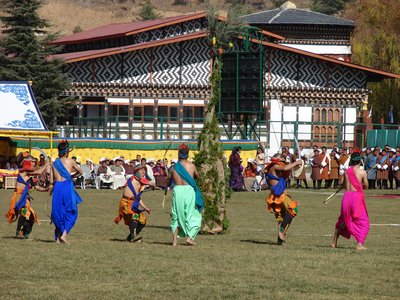 The following is a video sample of the cultural dances that were performed:

This was followed by a Tashi Lebey or the final traditional dance. 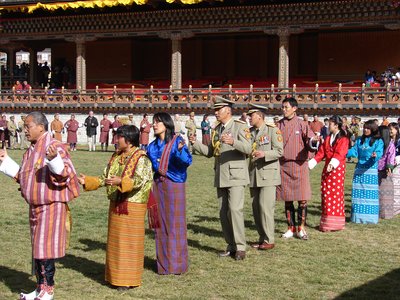 Guests in the distinguished visitor's enclosure were also provided with traditional Bhutanese food served in a Zhechha Zherey. Zhechha Zherey is a traditional Bhutanese (usually wooden) bowl that all visitors were expected to bring. I found a nice one the day before at a local handicraft shop not too far from where the celebration was taking place. The food was quite good.