The United States-India Educational Foundation http://www.usief.org.in recently held a Fulbright Conference from November 24-26, 2009 in the seaside and French influenced city of Puducherry, India for the approximately 50 U.S.-Nehru and other Fulbright Scholars in India and Bhutan. I was the only U.S. Fulbright scholar from Bhutan at the conference.

The conference included informative and interesting presentations on all of our research findings as well as panel presentations on our Fulbright experiences. I was a member of a panel entitled: Fulbright Fellowships: The Essence is Promotion of Mutual Understanding. Needless to say being the first U.S. Fulbright to Bhutan, I had a lot to report on how this effort has been going in Bhutan. For instance, I provided an overview of my recent discussions with the Prime Minister of Bhutan on Gross National Happiness. I also reported about Becky's separate discussions with the Prime Minister on global climate change. Later, I also presented a short Powerpoint presentation on my newly released monograph on Bhutan tobacco policy and administration.

Not all of my trip was business though as I was able to also tour some very interesting and important sites in India. My first tour with a group of my fellow Fulbright scholars included a six hour round trip bus ride to Thiruvannamalai, India. Our first stop was the famous ashram of Sri Ramanasramam. 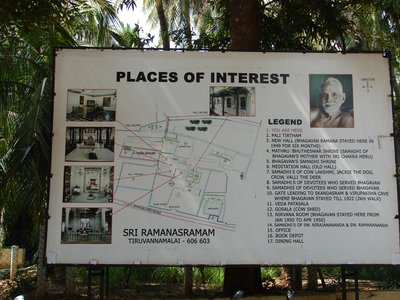 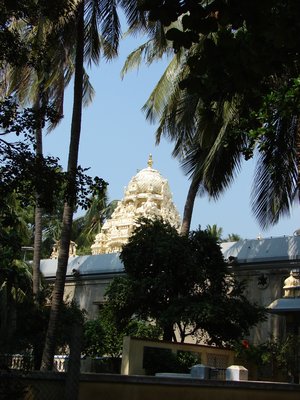 Our next site was the architectually elegant and important Hindu temples of Thiruvannamalai, India. As our Fulbright group toured one of the largest Hindu religious sites in India, several large and remarkable temples came into view. 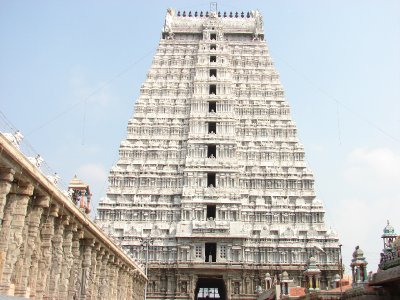 As is true for Buddhist monasteries and temples in Bhutan, all who entered these temples were required to remove their shoes and no photos were allowed. The inside of the largest temple contained very high ceilings and etched pillars with Hindu deities such as Shiva and Ganesha and contained numerous statutes dedicated to Hindu Gods and Godesses. Very interesting and quite amazing.

My next stop over the weekend while I waited for the Drukair flight back to Bhutan on Monday was a trip to the important city of Agra, India where the Taj Mahal and Red Fort are located. The Taj Mahal, which has been called one of the seven wonders of the world is located on the right bank of the Yamuna River. The building is made of white marble. The structure is a merger of Indian and Persian architecture. The structure was built in loving memory of the then Empress of India--Arjumand Bano Begum. I did not know this--but this famous structure is actually a giant mausoleum and the then emperor and empress now lie side by side in this mausoleum seven meters below the structure. A tribute to true love if there ever was one. Below are some pictures I took of the Taj Mahal. 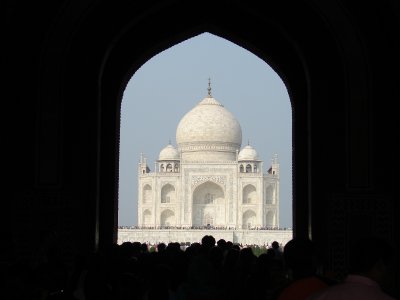 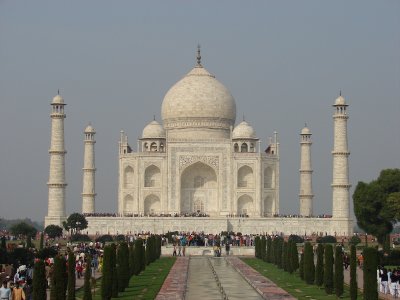 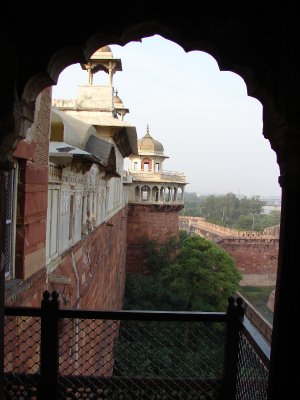 The large structure is located on the right bank of the Jamuna River. The structure was constructed of thick walls of red sand stone. Construction began in 1565 A.D. and was completed in 1573 A.D. The fort is surrounded by two moats and was populated with crocodiles. The purpose of the fort was to preserve Mughal rule.

On the way home, we were stuck in a traffic jam for about an hour. At one point, I was able to snap this night photo of a large Sikh temple. Lots of people were milling about in and out of the temple for a religious ceremony. 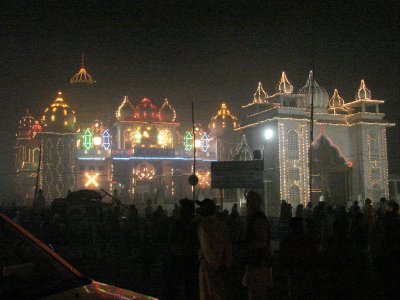 In New Delhi, I also visited the memorial grave site of Mahatma Gandhi and the Gandhi Smriti Centre which is a memorial and museum of this advocate for non-violent political tactics and founder of modern India. Gandhi's philosophy is quite important in modern political discourse particularly with respect to non-violent movements for political change such as Dr. Martin Luther King, Jr. and the U.S. Civil Rights movement. 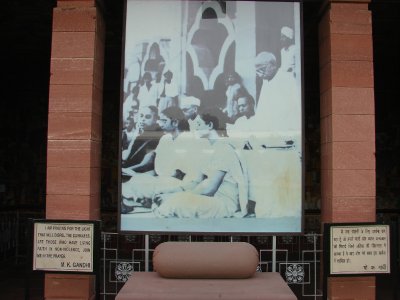 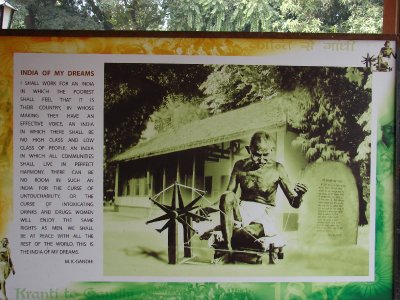 The Gandhi Smriti Centre is high quality and well worth visiting and includes a very informative book store. The memorial monument to Gandhi is simple much in the spirit of Gandhi's later life. The site is also quite solemn and peaceful. 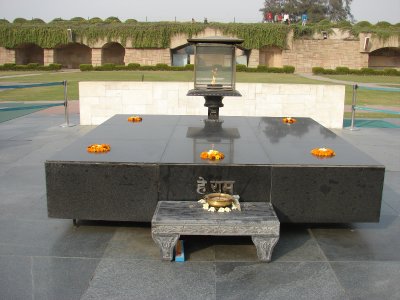 I think that when I return to the U.S., I am going to explore with my students Gandhi's important philosophy, history, and tactics in appropriate class settings. Modern students need to learn about this world leader who along with his social movement brought about independence in 1948 and ushered in the dawn of modern India.

The article is entitled: Non-criminal approach recommended, Beating the smoking habit will require a more holistic plan of attack

The report has come out before the current Session of Parliament in Bhutan where amendments to the current tobacco law are being considered. The full report is located here: http://faculty-staff.ou.edu/G/Michael.S.Givel-1/Bhutan%20Tobacco%20Monograph8.pdf

I have completed my final report on Bhutan's unique anti-tobacco legislation enacted in 2004.

You can read the entire report here: http://faculty-staff.ou.edu/G/Michael.S.Givel-1/Bhutan%20Tobacco%20Monograph8.pdf